We are a consultancy and engineering company that delivers solutions for global organisations and startups. We helping businesses and brands with digitalization through high quality technology.

Let's Make Something Amazing Together! 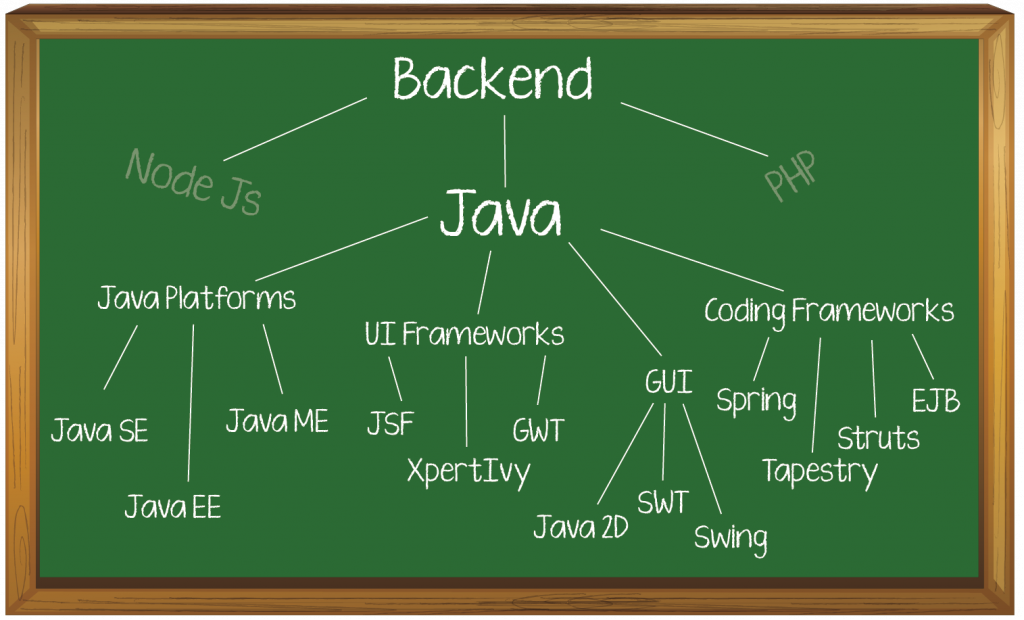 Developmental concepts like frontend vs. backend development can be challenging for those not in the profession to understand. It can get pretty overwhelming when you factor in all of the libraries, APIs, programming languages, and frameworks that developers use to build apps.

To grasp the fundamentals of backend development and the common building blocks of a "software stack," you don't need to write any code. Knowing how to navigate it is beneficial, whether you're a product manager, a salesperson for a technology startup, or a CEO.

We've put together an article that covers some essential topics in a way that non-developers can understand to help you get started on the road to becoming an expert backend developer.

Back-end development is the process of developing server-side logic that runs websites and applications from the backend. It includes all the code needed to create an app, server, and database.

A backend web developer is responsible for the server-side technologies that make a website work. They specialize in database migrations, API integrations, and troubleshooting errors. If you're starting a new web project, consider hiring a backend developer to help you get it off the ground.

The "back end," or "server-side" of things, can only be understood when you know about the front end and how the two connect.

On the other hand, the back end takes place on the server (on-site or in the cloud) and databases. All the equipment works behind the scenes—everything is visible to the user, but that drives what happens.

Back-end languages will vary in programming style, the number of lines of code necessary, compatibility, performance, and file size. Object-oriented programming languages are one kind of backend scripting language.

If a language is compiled rather than interpreted, it impacts processing power, readability, and load time required to run the code.

Let's talk about some of the many types of backend program languages.

C# C# is best used for Windows servers and environments. If your technology draws from Microsoft products, like ASP.NET, C# will probably be the most appropriate language for your developers.

C++ It is an object-oriented programming language that includes all of the features of C and additional programming capabilities such as classes. It's a low-level computer language that interacts efficiently with system hardware for improved performance. This makes it perfect for big web applications, video games, and other situations requiring high system-level performance.

JavaScript (Node.js) Although initially seen as a frontend scripting language, Node.js showed the world that JavaScript could also be used for server-side programming. With its usage now spanning both web development and backend development, JavaScript has firmly established itself as the most popular choice for web developers.

Python It is a programming language with a rich data processing library. Python's simple syntax and short code length give it advantages over other languages regarding frontend development.

PHP PHP is the most popular backend web programming language. It is easy to learn and has a massive codebase and long open-source developer community support history. If you have ever set up a personal website using WordPress, PHP was powering the back end from behind the scenes.

Scala The Scala programming language is a flexible, general-purpose software development platform that supports object-oriented and functional paradigms. Because Scala is based on Java, it continues to be fueled by the JVM and is compatible with Java.

Perl Perl is a general-purpose programming language created by Larry Wall in the 1990s and is widely used in the Linux and Unix communities. Perl's strengths are log management and text processing. It's ideal for generating automated tasks on the fly.

Ruby Ruby is a dynamically typed, general-purpose programming language created in the mid-1990s by Yukihiro "Matz" Matsumoto. It's recognized for its efficiency when it comes to writing programs. It supports three programming paradigms: procedural, functional, and object-oriented, and is known for its capacity to incorporate metaprogramming into apps (code that can change while it's executing).

Let's avoid complications and break the server side into four key components: the server, the database, the operating system, and the software.

Here's some more information about each of the components that make up the backend:

Servers The server is the essential component of your backend stack, on-site or in the cloud. These high-powered computers provide shared resources that networks need to run, including web services, email, databases, encryption and security, and file storage.

Databases Regarding website functionality, databases are the brains that make websites dynamic. The database is in charge of accepting a request from a website—whether you're looking for a product on an online store or hotel accommodation in a specific state—fetching the data and returning it to the site whenever you seek anything on a website.

Middleware Middleware is software that connects an application's front end to its back end. To use a metaphor, middleware is the plumbing of your website—it pipes any communications, such as requests and replies, between your application and your server/database. You won't notice middleware since it's there, but it must be dependable and always perform according to expectations.

APIs APIs (application programming interfaces) and how they connect services, databases, apps, and software integrally are rarely discussed without reference to the backend portion of an application. APIs are crucial in constructing most server-side software architectures because they allow the software to communicate and transfer data.

This valuable piece of content gives you a quick introduction to backend development. We talked about what backend developers do, their different technologies, and how they work together to power a website or application.